Shipwreck Beach locally also known as Navagio Beach, is an exposed cove, sometimes referred to as “Smugglers Cove”, on the coast of Zakynthos, in the Ionian Islands of Greece.

It has been so named since 1983, when the alleged smuggler ship Panagiotis was wrecked on the beach. There was ‘wine, tobacco and women’ on board and the chase came to an abrupt end when the ship ran aground in stormy weather on the coast to the north of the island at Porto Vromi.

Shipwreck Beach is one of the most popular sights in Greece. Many travel guides agree that Shipwreck is the most photographed place in Greece, getting even more attention than the Acropolis of Athens or the Parthenon. Because of that, if you choose the peak of the day during high season, chances are good you will have to share this rather cozy cove with thousands of other visitors. In order to avoid overcrowding, go to Navagio Beach either early in the morning or put off your visit until later in the afternoon (at around 3pm). 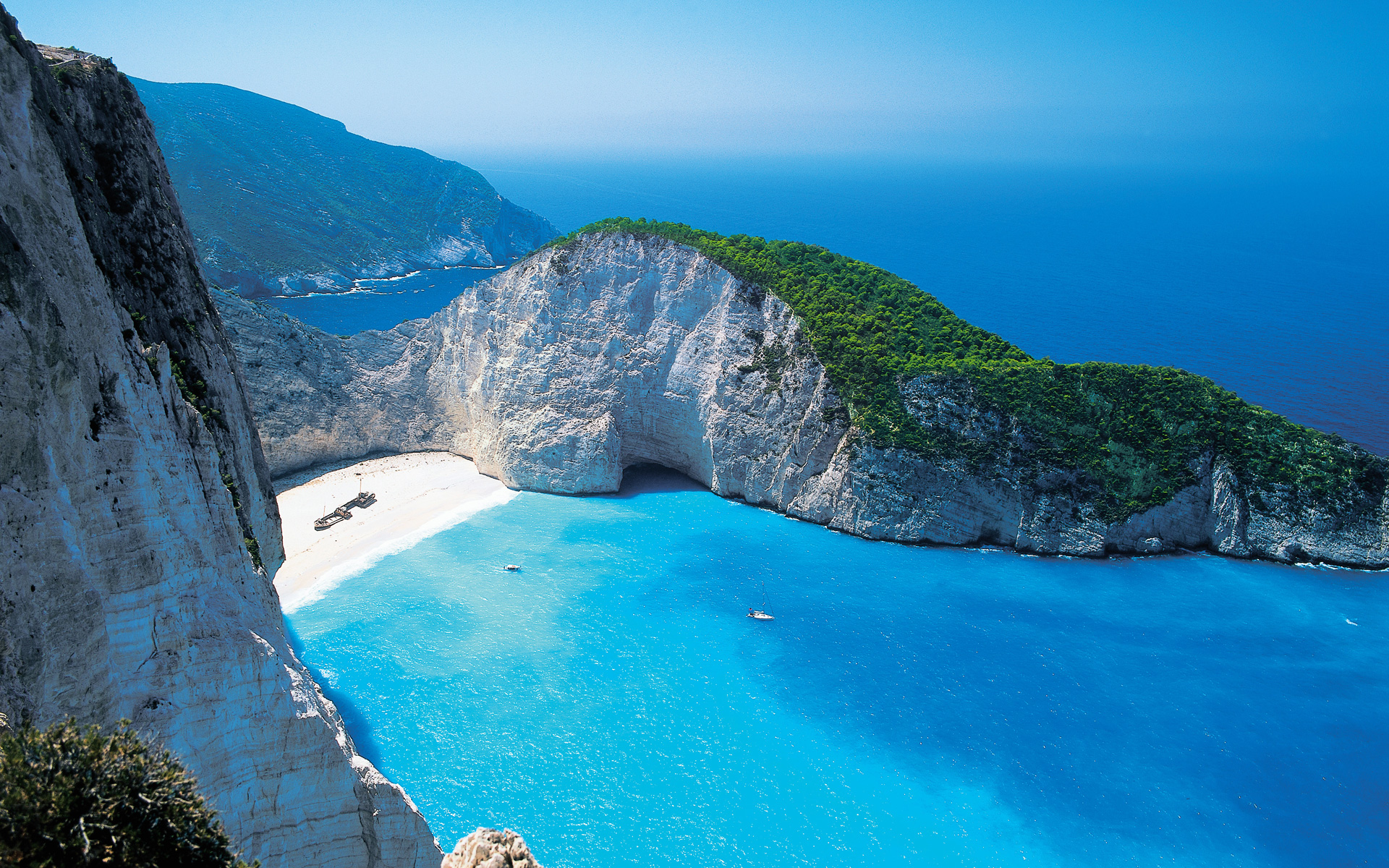 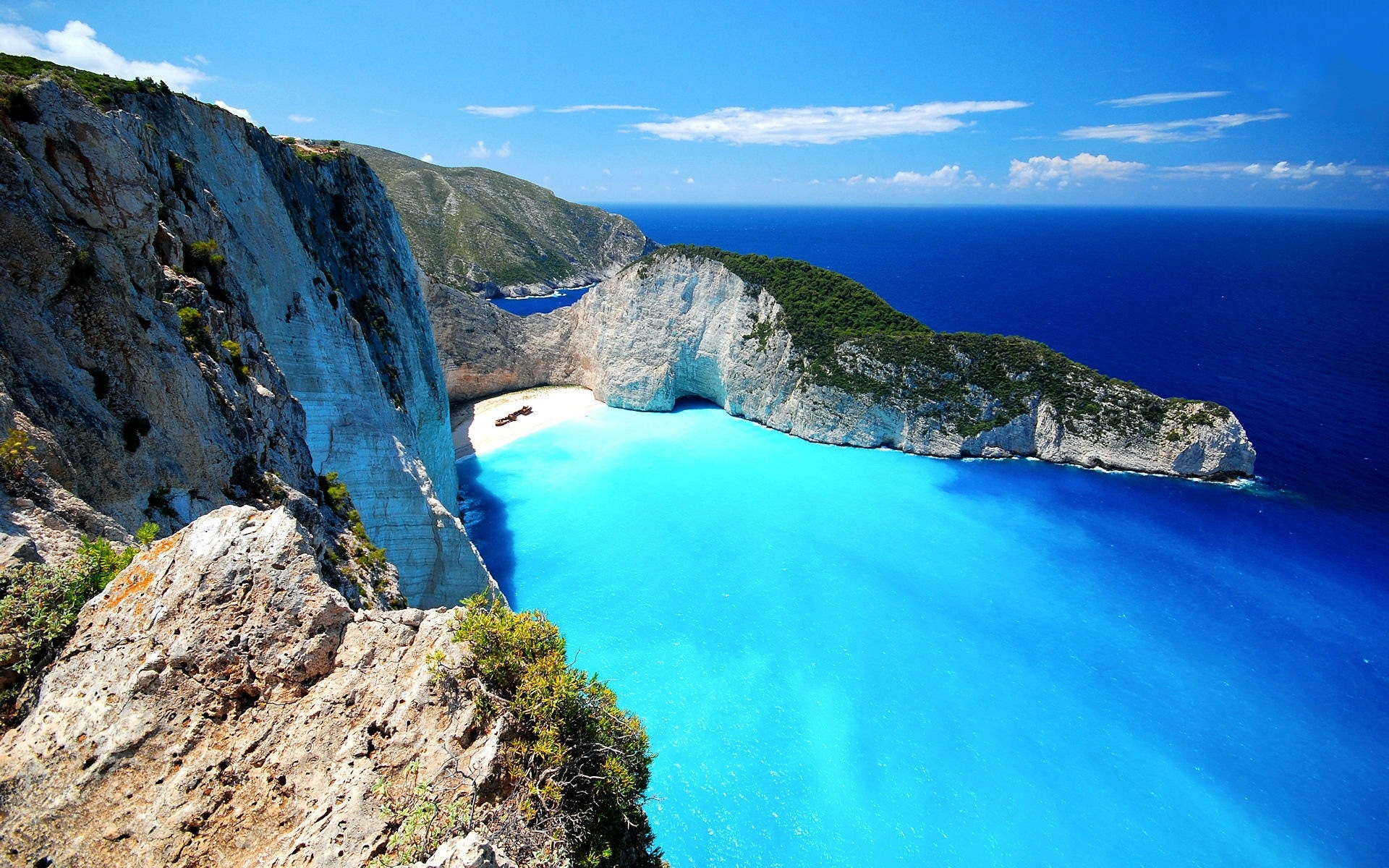 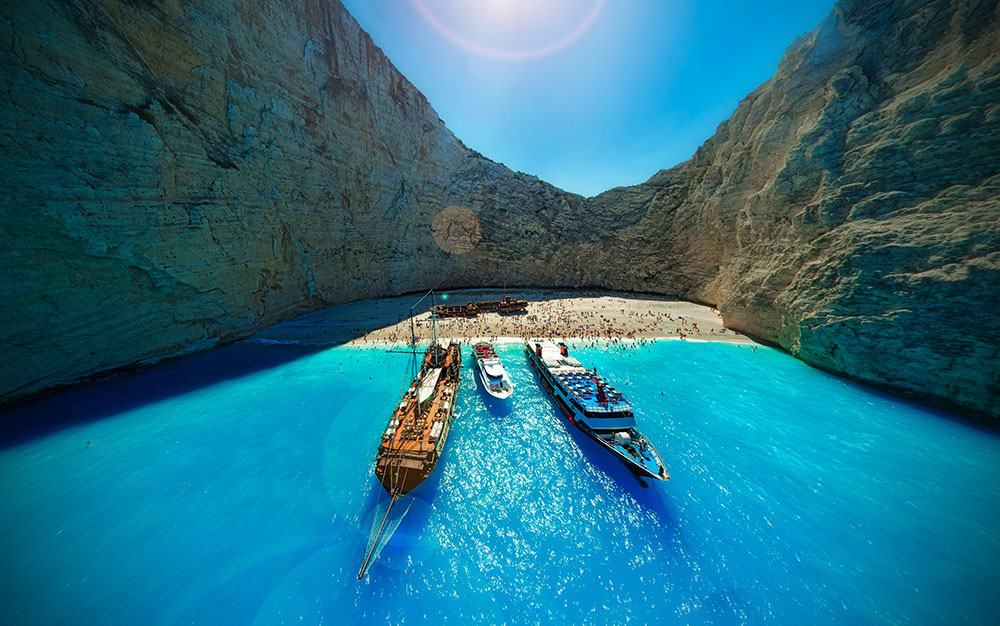 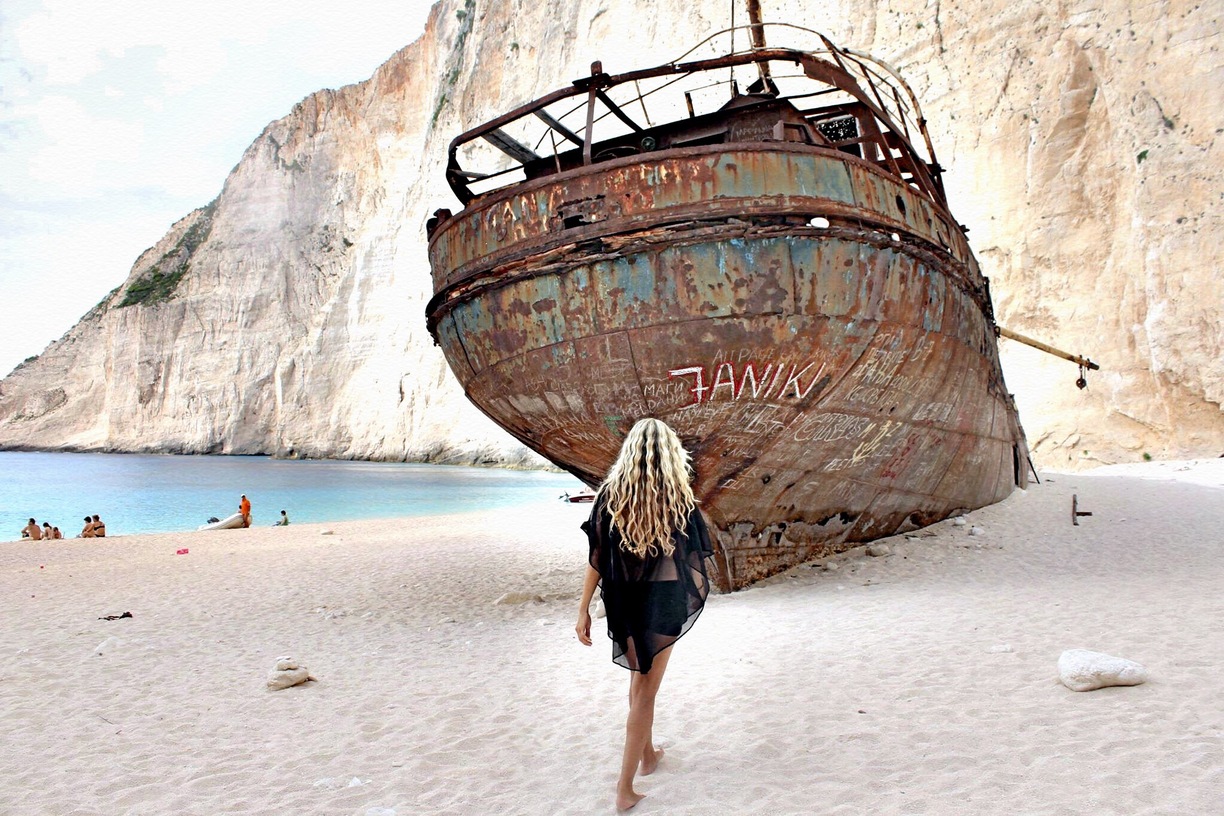 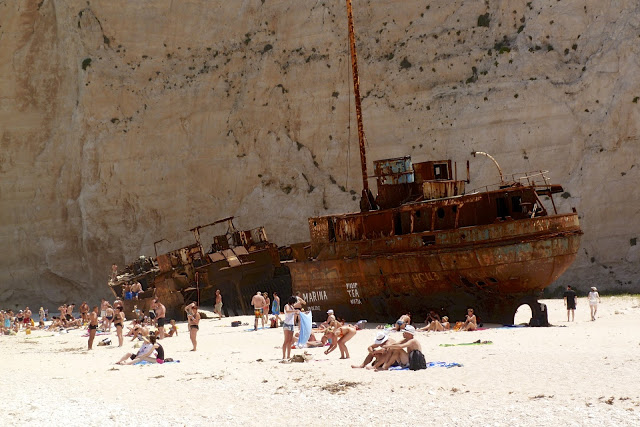 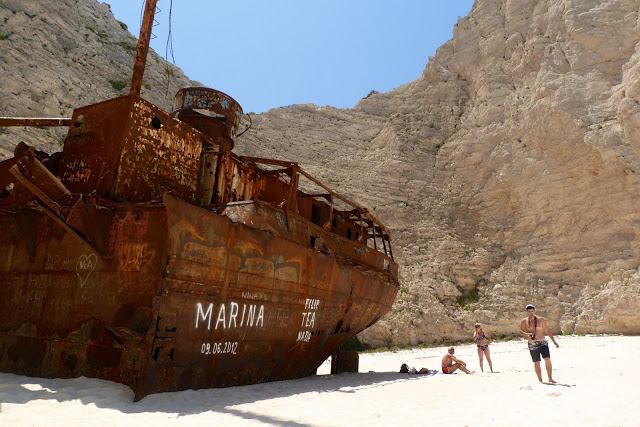 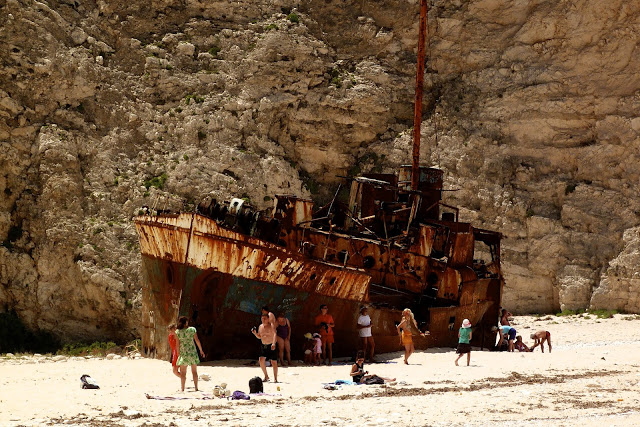 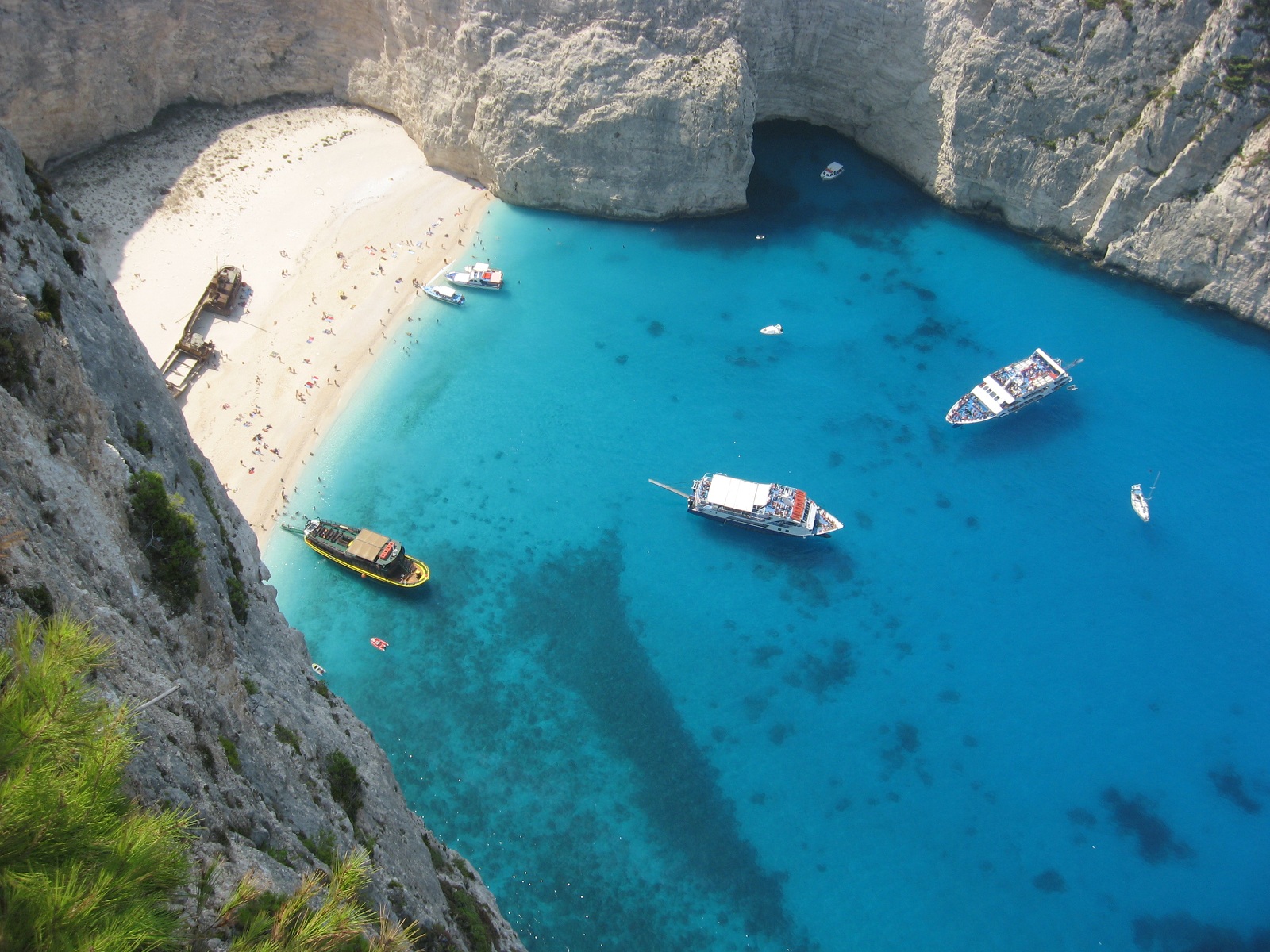 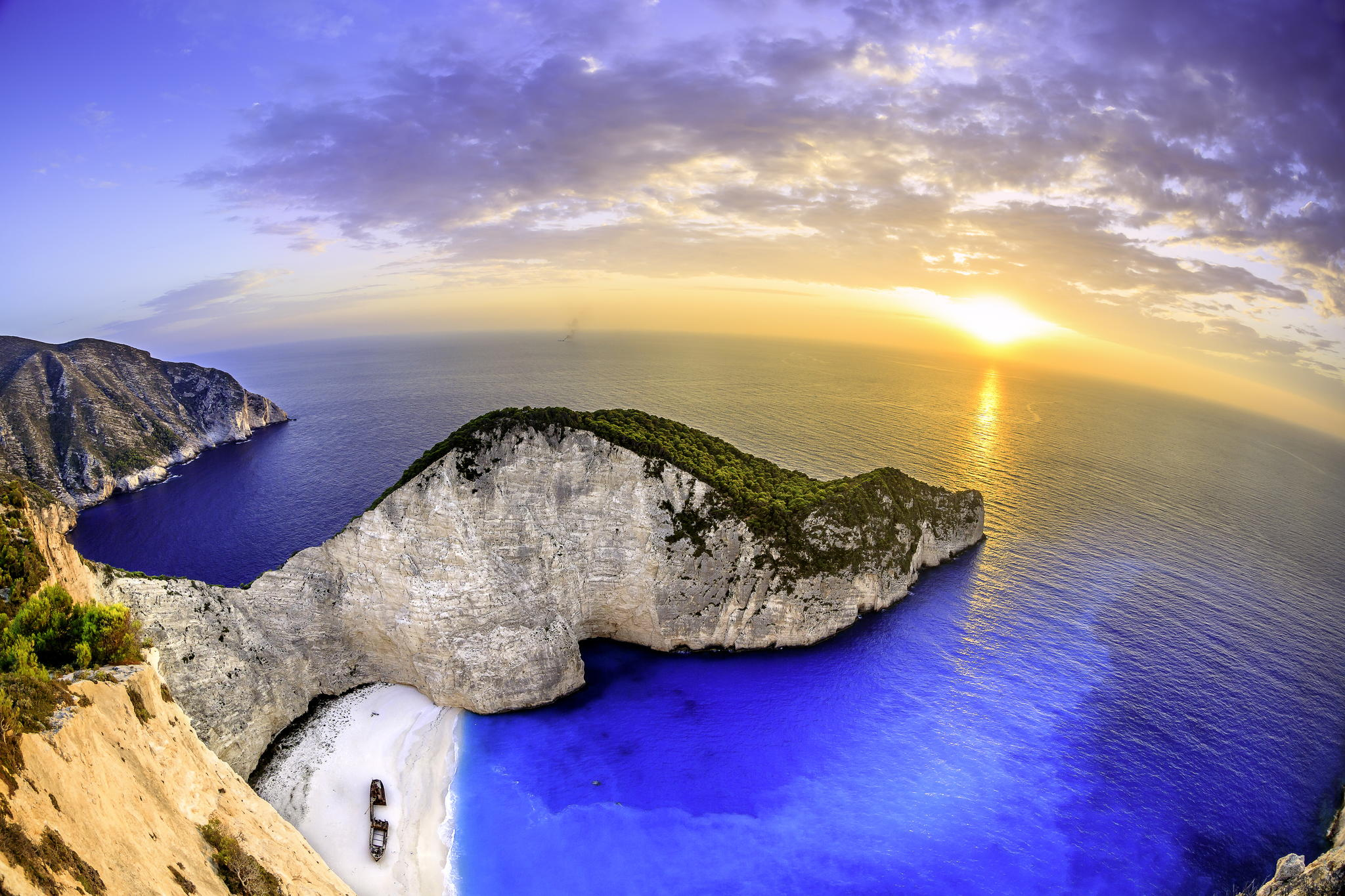 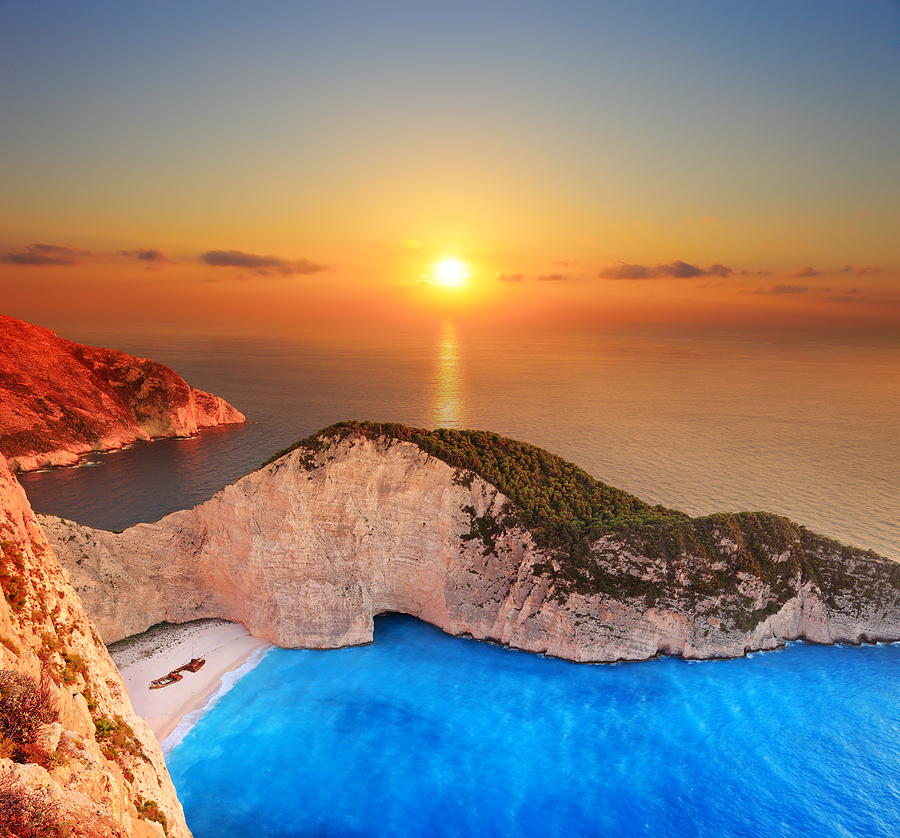 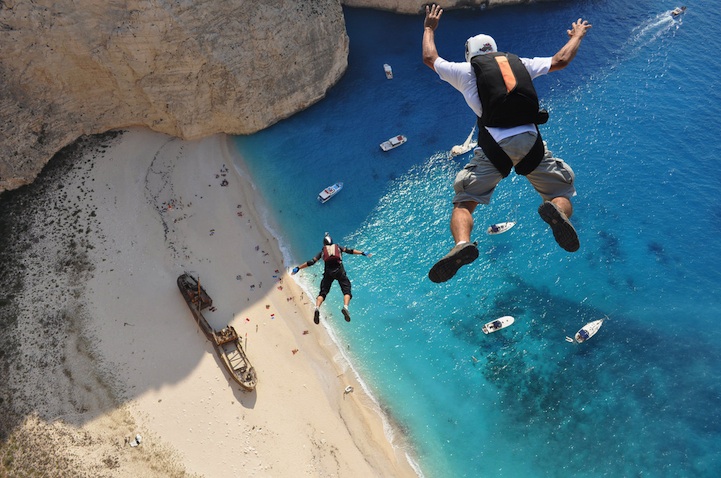 The strip of beach is accessed only by boat. Regular tours to the beach depart from Porto Vromi to the south, and from Agios Nikolaos and Cape Skinari to the north-east. Boats also arrive from the harbour of Zakynthos city.

Here is the map:

Shipwreck beach is also a very famous base jump location. Check out the video below 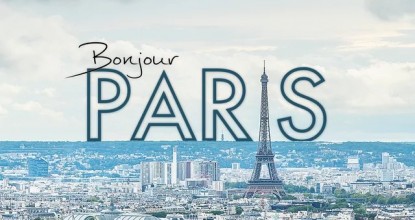